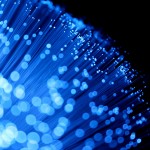 Laser spectrometer for trace gas detection of NO in breath analysis

*Scientific  context*:  Laser  spectroscopy  appears  to be  a  very  promising  technique  for exhaled breath analysis. Real-time, noninvasive measurements can be conducted with very high sensitivity  and  good  selectivity  of  the  species  to be  quantified. Nitric  oxide  (NO)  is  one  of  the precursor  molecules  in  breath analysis, signaling airway and pulmonary disease, and oxidative stress in general. Its concentration in breath is only a few parts per billion (ppb). Up until now there are no commercially available instruments with  the  required  sensitivity  and  a  response  time faster than a single respiratory cycle (about 1s). In the framework of the recently funded ANR project (Breath-Diag 2015-2018), the LAME group of the LIPhy is developing an optical spectrometer to  respond  to  this  strong  need  in  the  medical community. Focusing to the context of lung transplantation, the final goal of this project is the validation of NO has a  tracer of the quality of lung grafts.

*Laser spectroscopy technique*: The LAME group of the LIPhy is well known in France and abroad for being at the fore front in the development of ultrasensitive spectroscopic techniques for selective and quantitative measurements of molecules present in a gas at very  low  concentration  (trace  detection).  By the  coupling  of  a  laser  to  a  high  finesse optical cavity,  the  effective  absorption  length  is  enhanced  up to  dozens  of  kilometers while the actual cavity length is less than one meter allowing for a compact set-up for in-situ measurements.  The  group  has  developed  an  original technique  called  Optical Feedback-Cavity Enhanced Absorption Spectroscopy (OF-CEAS) that relies on the sensitivity of a semi-conductor laser to optical feedback (J. Morville, S. Kassi, M. Chenevier, and D. Romanini, Appl. Phys. B 80, 1027 (2005)). OF-CEAS, enabling the design  of  a compact  instrument  with very  high  detection  sensitivity  and  very  high molecule specificity, and a very small gas sampling volume. Additional advantages are that the method does not require routine calibration with certified gas mixtures and that the resulting robust instruments can be operated by non-specialists in a medical environment.

*NO spectrometer in the near infrared region (NIR)*: Nitric oxide is an important signaling molecule to monitor the inflammatory status in respiratory disorders and a promising biomarker for pulmonary  inflammation.  Unfortunately, traditional  OF-CEAS  instruments  operate  in  the  near infrared region (1.2-2.5µm) using Distributed Feedback Diode (DFB) lasers where NO absorption is too weak for its detection in exhaled air. LIPhy already demonstrated that the required sensitivity (< 1ppbv) could be reached by detection in the mid-infrared  using a quantum cascade laser (QCL) at 5.3 µm. (P. Gorrotxategi-Carbajo, E. Fasci, I. Ventrillard, M. Carras, G. Maisons, and D. Romanini, Appl. Phys. B 110, 309 (2013))

*PhD objective*:  The PhD student will be in charge of the development and laboratory tests of  medical  prototype  for the  detection  of  NO.  Additionally,  he  will  perform fundamental  studies concerning  effects  associated  with  the combination  of  OF-CEAS  with  lasers  in  the  mid  infrared region. The final goal of this PhD is to make the first OF-CEAS measurements on animal lungs, monitoring endogenous NO production in an Ex-Vivo Lung Perfusion (EVLP) device according to the protocol we have already established for CO detection. (M. Maignan, R. Briot, D. Romanini, S. Gennai, F. Hazane-Puch, A. Brouta, G. Debaty, and I. Ventrillard, J. Biomed. Opt. 19, 047001 (2014))

*Expected skills*: The candidate will have knowledge of optics, lasers and spectroscopy and an interest in instrumental developments and medical applications. Knowledge in Labview software will be appreciated.

*PhD grant*: this work is funded by the Breath-Diag ANR project.